Is Failure a Bad Thing?

Failure is a common thing in our daily life. For example, sometimes we fail to pass the examinations. On other occasions, we are defeated in sport games. And there are times when we fail to do more satisfactory work. So it is safe to say that every one of us must have encountered failure of one kind or another.

In my opinion, what really counts is not failure itself, but our attitude towards it. If we are afraid of failure and yield to it easily, we are bound to have one failure after another. But as long as we have confidence in ourselves and learn something from failure, we’ll certainly go from victory to victory. So I’m never afraid of failure, or I firmly believe that “failure is the mother of success.”

There are mainly two reasons behind this phenomenon. First, it is the employment pressure that forces college students to get more certificates. With the admission expansion of colleges, a lot more graduates have to face the fierce competition in the job market. How can one make himself more competitive? More certificates at hand, maybe.Second, diploma and certificates are still important standards by which many employers measure a person’s ability. In order to increase the qualifications for a job, the students compel themselves to run from one exam to another.

From my point of view, we should be more rational when it comes to certificates, since certificates do not necessarily prove one’s ability. Being crazy in getting certifications blindly is nothing but wasting time. To conclude, we should focus on improving our ability but not getting a certificate of no practical value.

A job interview is indispensable in the process of job hunting. If a job seeker can make the best use of the interview and leave a good impression on the interviewer’s mind, he may be lucky enough to get the job competed for by many applicants. If, on the other hand, the job hunter gives a poor performance during the interview, he is unlikely to stand a chance to succeed.

To be successful in a job interview, the job hunter should demonstrate certain personal and professional qualities.

First, the applicant ought to attach much importance to his appearance and manner of speaking. Second, he is supposed to display his ability, especially his grasp of professional knowledge required by the position for which he is applying. Finally, a really impressive job seeker must convey a sense of self-confidence in and a practical attitude toward the cause concerned.

If the interviewee succeeds in displaying these characteristics and presents his most attractive qualities during an interview, the interviewer might make an on-the-spot decision to take him on.

Competition is a very common phenomenon in our social life today. We compete when we play games, we try to do better than others in our study and there is constant competition for jobs, fame, wealth and so forth. We can say, to some extent, competition is one of the motive force of the development of society.

We often find competition and cooperation occurring at the same time. Think of a basketball game. During the game, one team is competing against the other, but each member of the team must cooperate with his teammates. In most cases, we can’t compete without cooperation. Thus they are equally important.

While advocating competition, we can’t forget cooperation. In modern society, cooperation is especially important because most work is fulfilled with and through other people. So we must combine competition with cooperation to obtain our goals.

There are still many problems of environmental protection in recent years. One o the most serious problems is the serious pollution of air, water and soil. The polluted air does great harm to people’s health. The polluted water causes diseases and death. What’s more, vegetation has been greatly reduced with rapid growth of modern cities.

In my opinion, to protect environment, the government must take even more concrete measures. First, it should let people fully realize the importance of environment protection through education. Second, much more efforts should be made to put the population. Finally’ those who destroy the environment intentionally should be severely punished. We should let them know that destroying environment means destroying mankind themselves. 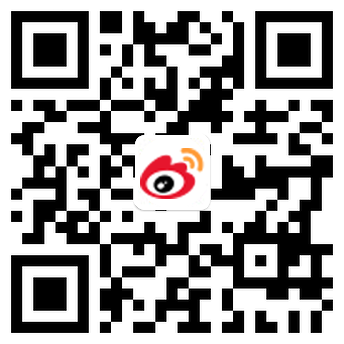